To kick start Reception and KS1’s new topic ‘My Amazing World’, Alfresco Learning were invited into school to deliver a Neil Armstrong inspired workshop. The children learnt all about who Neil Armstrong was and the critical moment of the moon landing. After learning some background knowledge, the children jumped straight into building their own Apollo 11 rockets and launching them through the air. The children had to work as a team to build their own launch pads before putting just the right amount of fuel into their rockets. The children then all had their own turn at pumping enough air into their ‘rocket’ for take off. Once the children had this mastered, they then experimented with putting different amounts of ‘fuel’ into their rockets. First, they put 700ml of fuel in (this was 300ml more than their first attempt) and predicted whether they thought their rocket would fly closer or further away. Most children made accurate predictions and saw their rockets fly much further through the sky! After that, the children experimented with only putting 200ml of fuel into their rockets and, as predicted, the rockets didn’t fly very far! The children then discussed how much fuel must be needed to fill a rocket to send the all the way into space.

Once the investigations were complete, the workshop took a creative turn and moved onto exploring different constellations that Neil Armstrong might have seen on his journey through space and learning some of their names. The children worked in small groups and were provided with some chalk, some stars and some pictures of different constellations. They then had to recreate these constellations on the ground until the whole playground looked like the solar system!

The rest of the cycle will be spent extending this knowledge. Reception children will be building up lots of space themed vocabulary through stories and play. They will be learning more about astronauts, rockets and learning some of the planet names. The areas of provision in the classroom will provide the opportunity for children to extend their knowledge of space through different activities based on all areas of learning in the Early Years. KS1 will be learning more about Neil Armstrong and the journey from the first fruit flies sent into space, to the moon landing, to Space travel in 2022! We will also be learning all about Astronauts, creating food for them in Design and Technology and seeing if we are fit and healthy enough to go to Space in Science. In Geography we will be looking at where Neil Armstrong came from and if there are any similarities between Camblesforth and America. 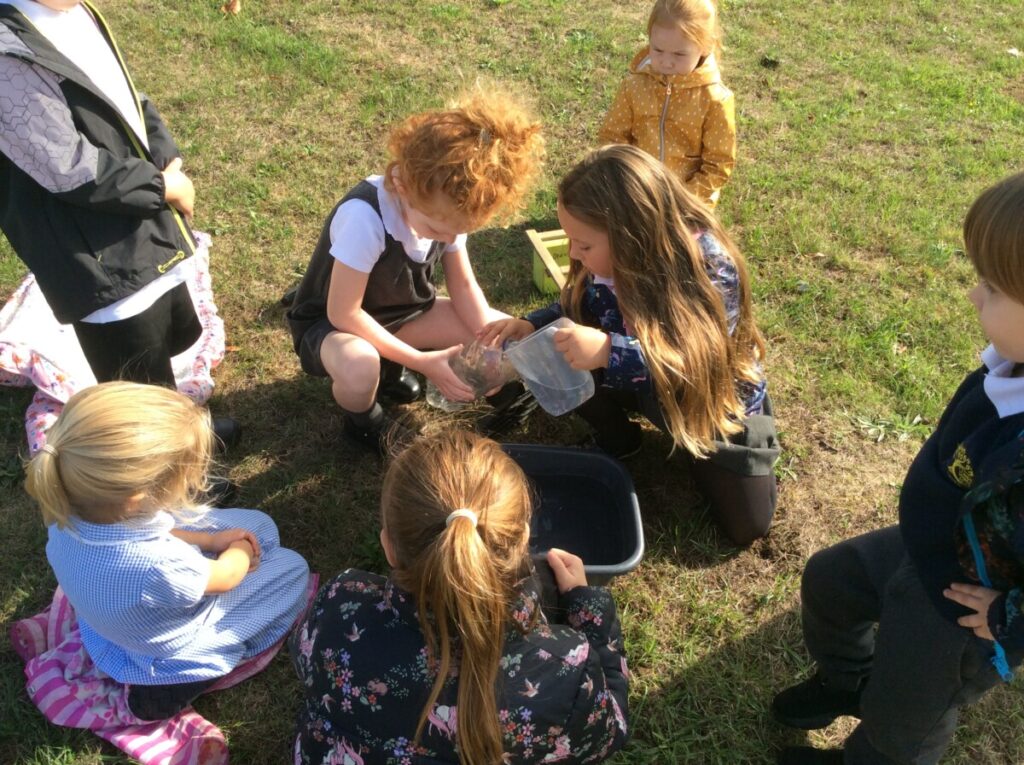 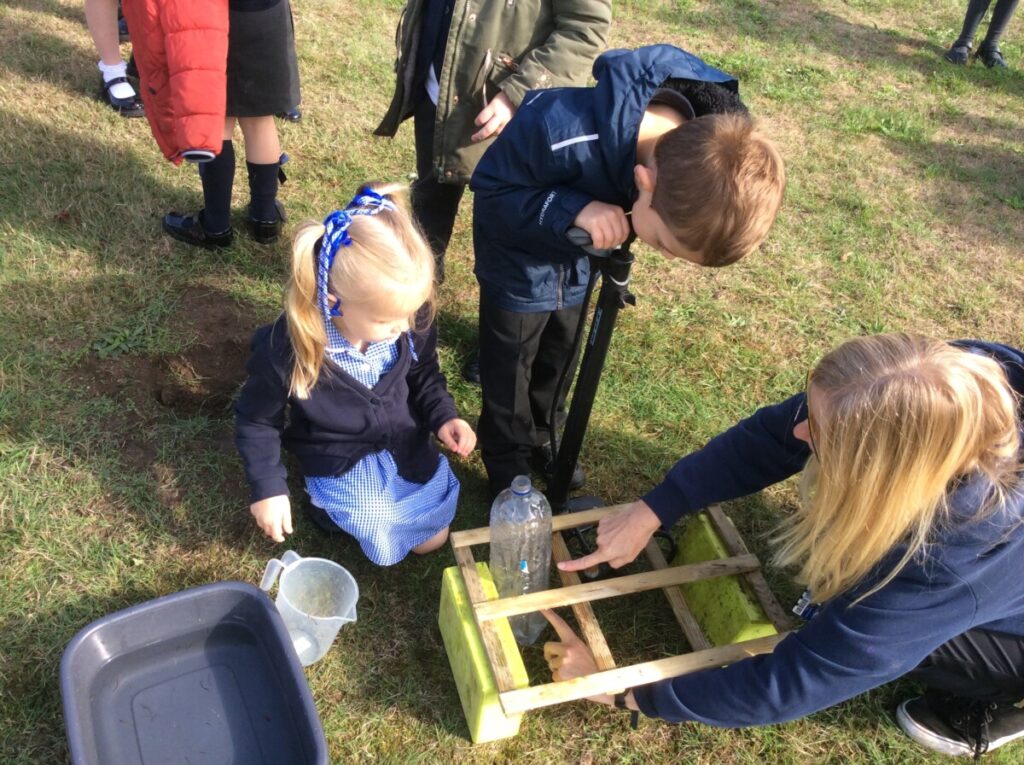 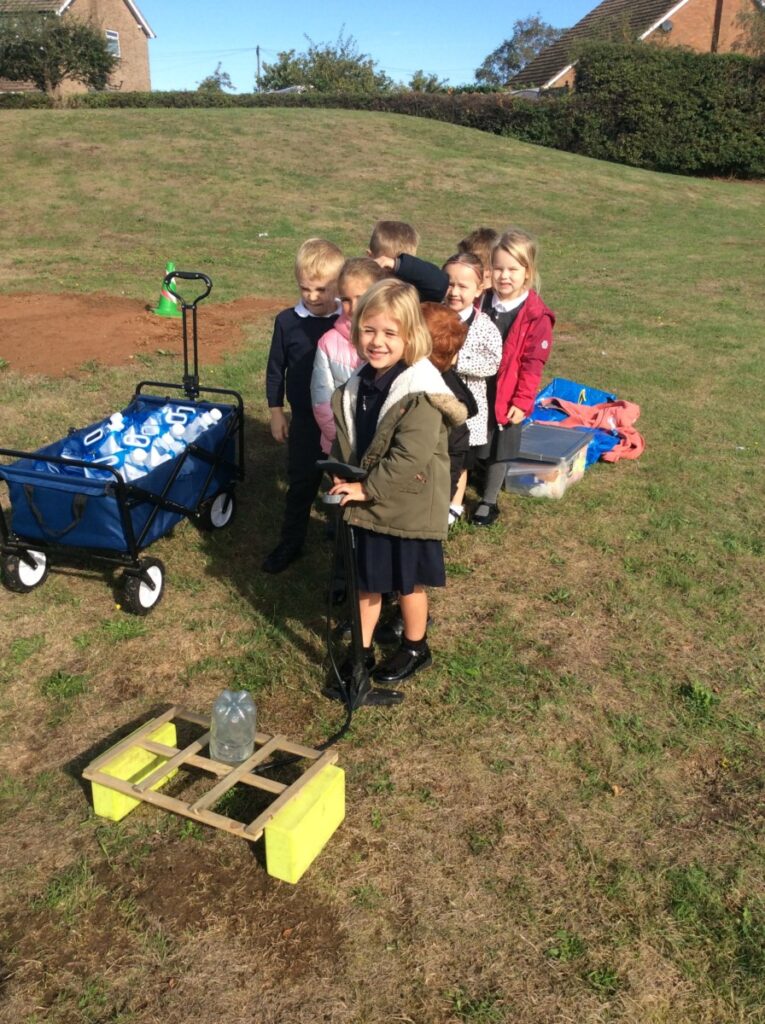 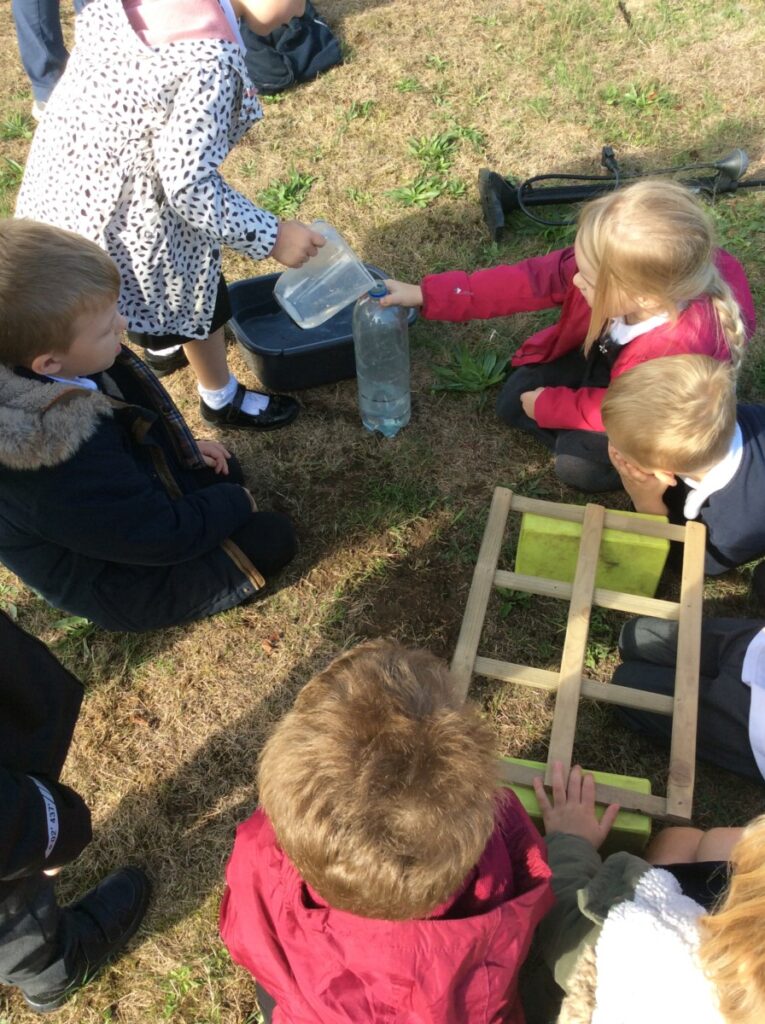 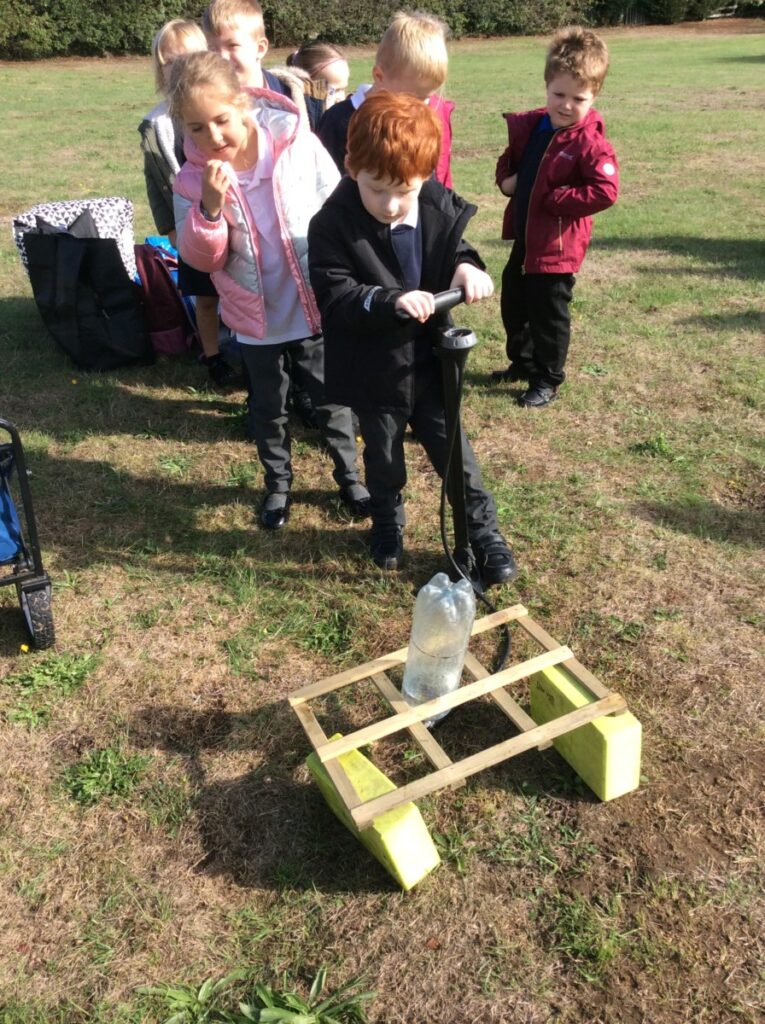 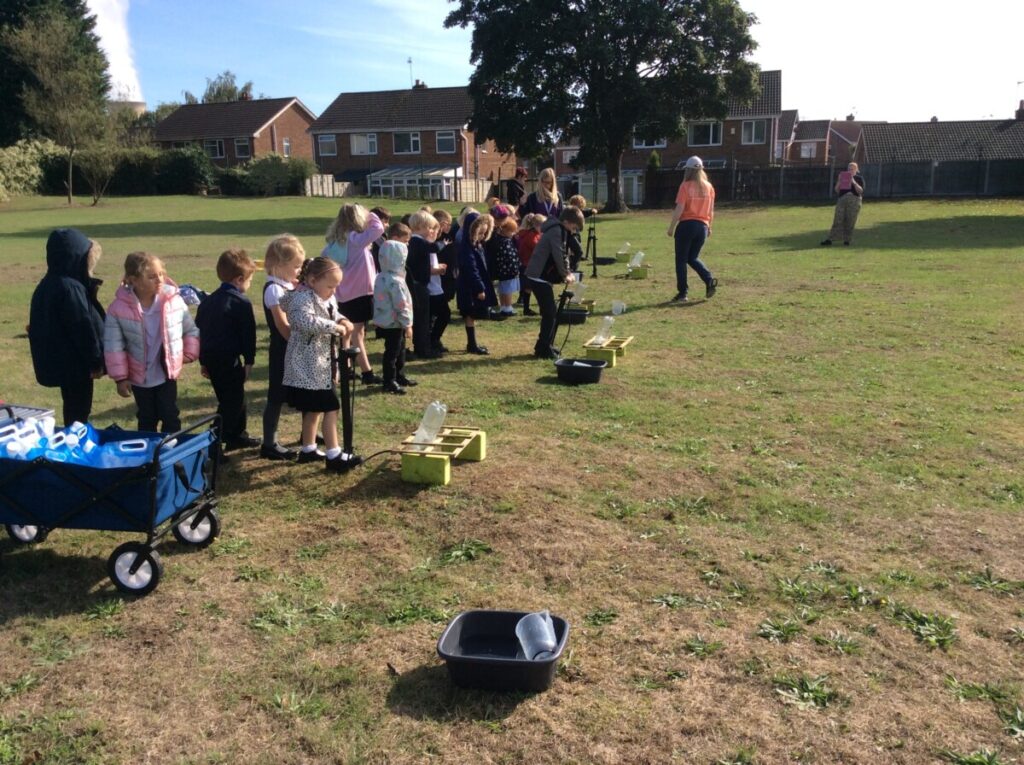 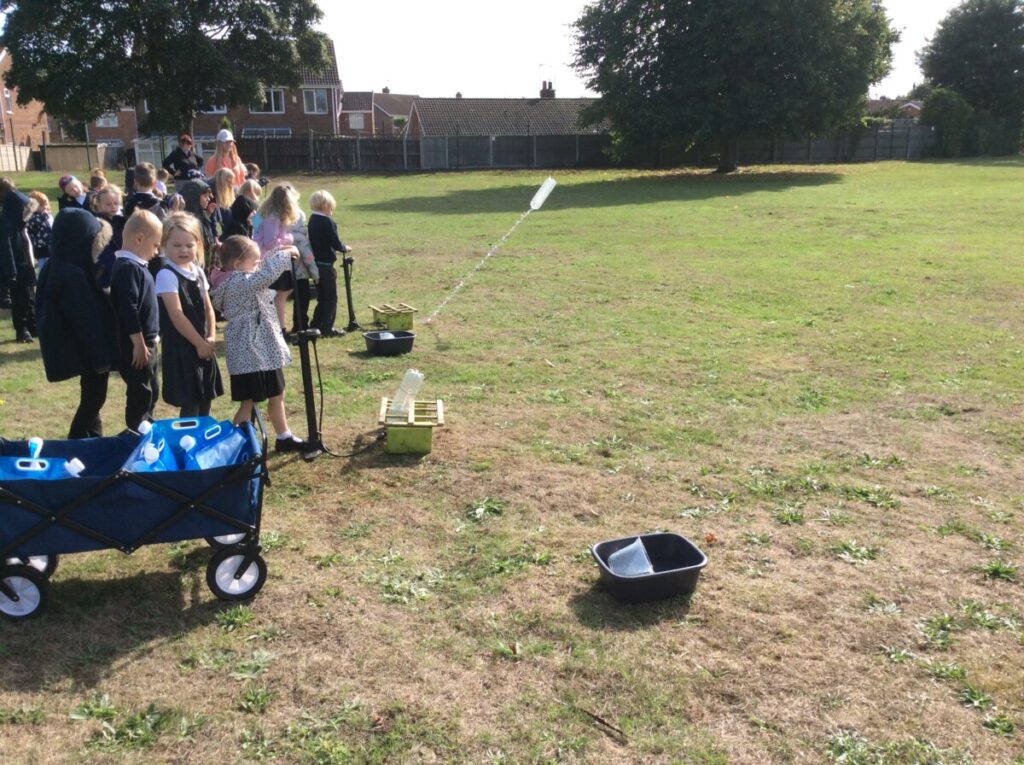 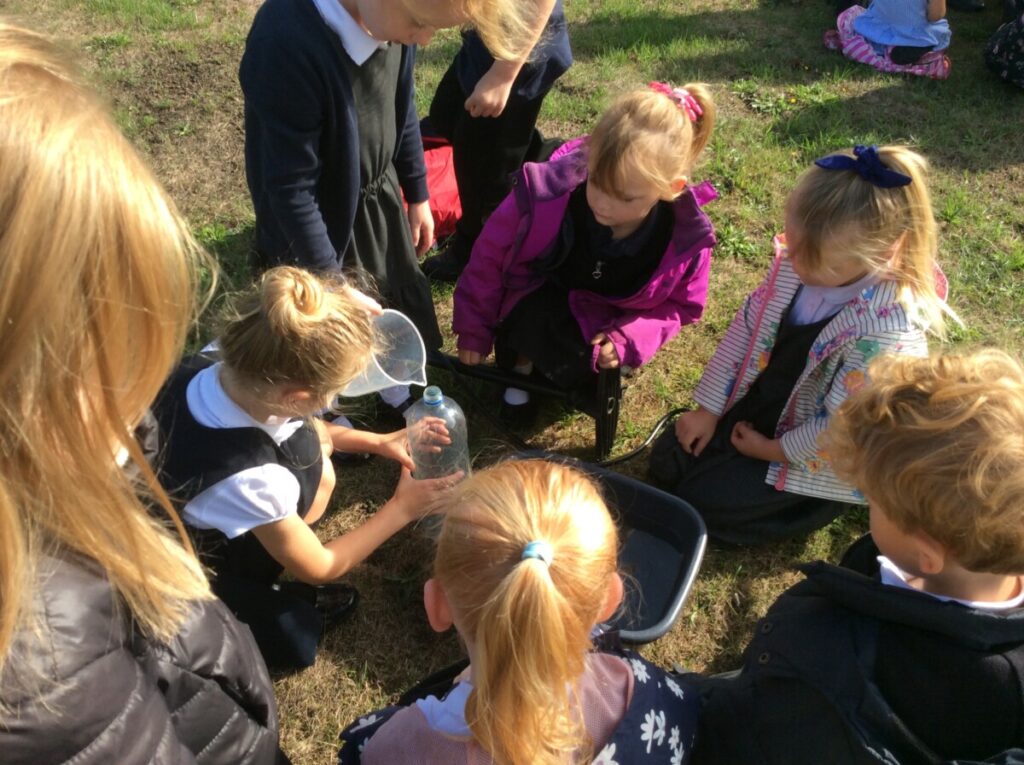 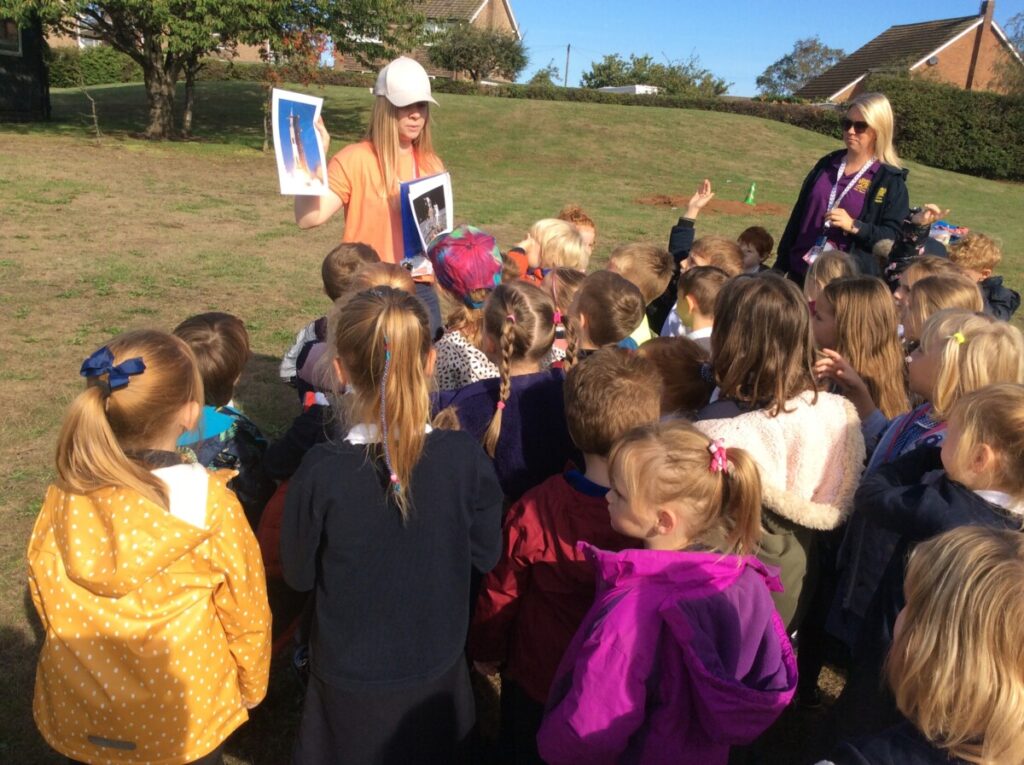 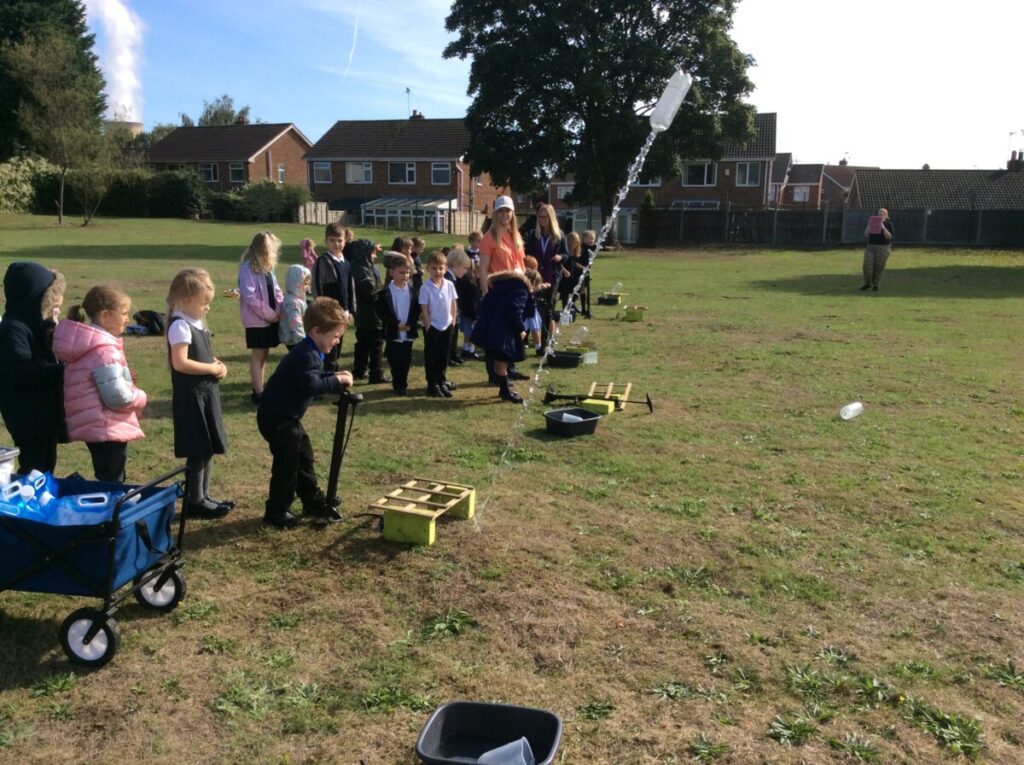 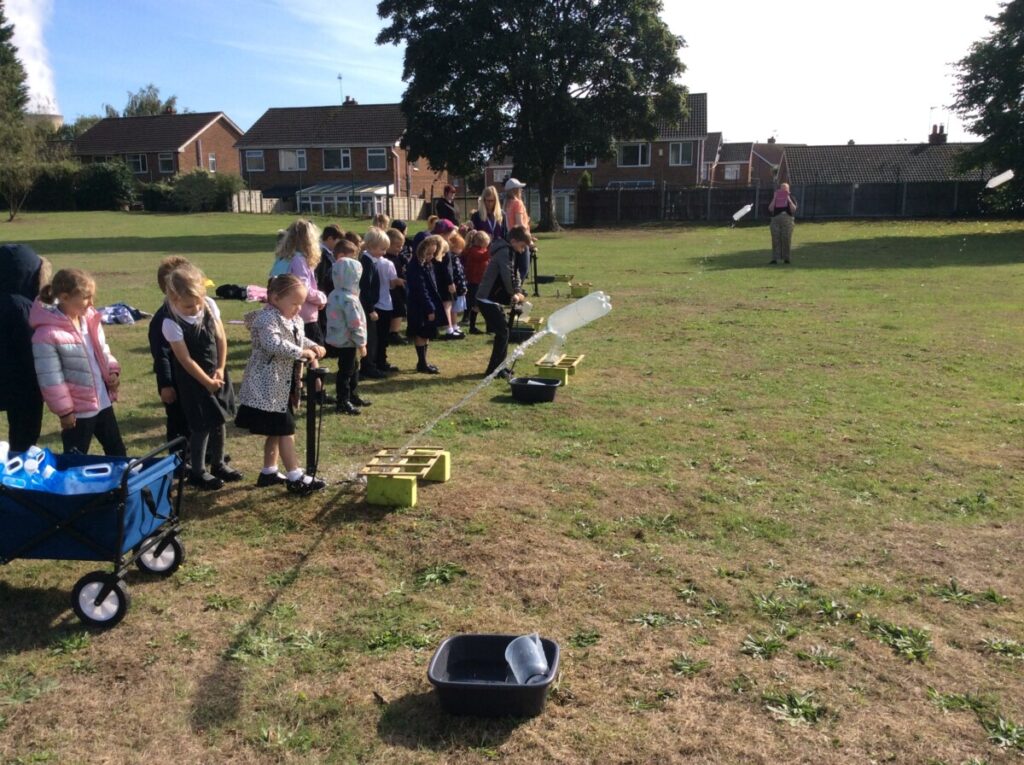 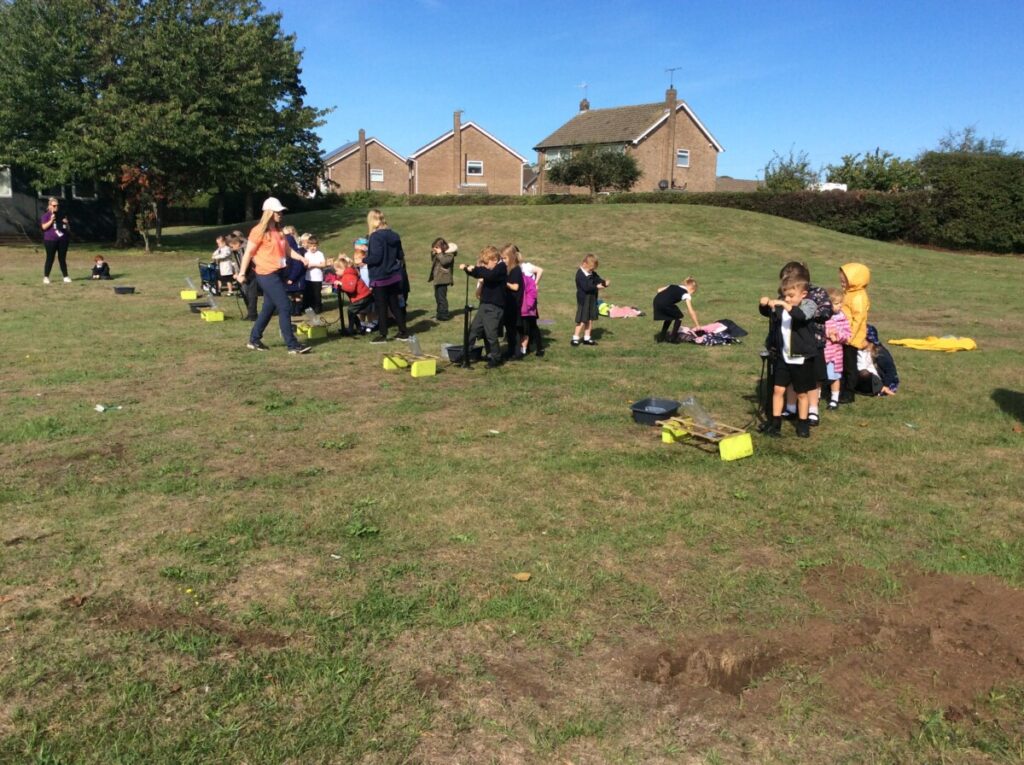 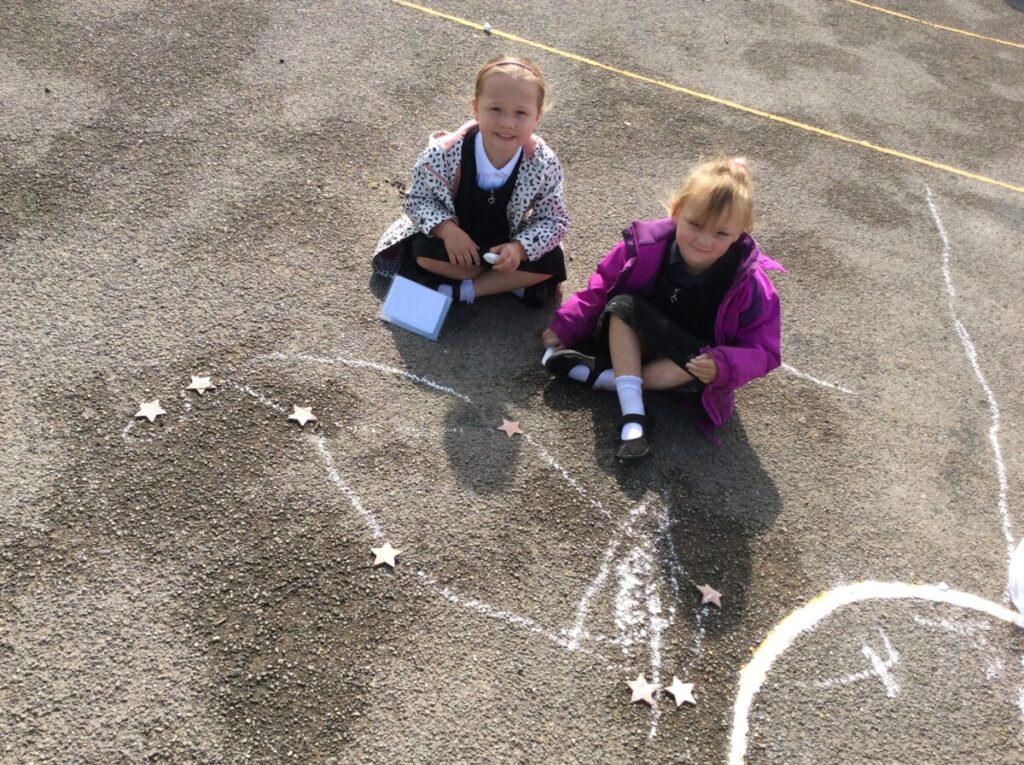 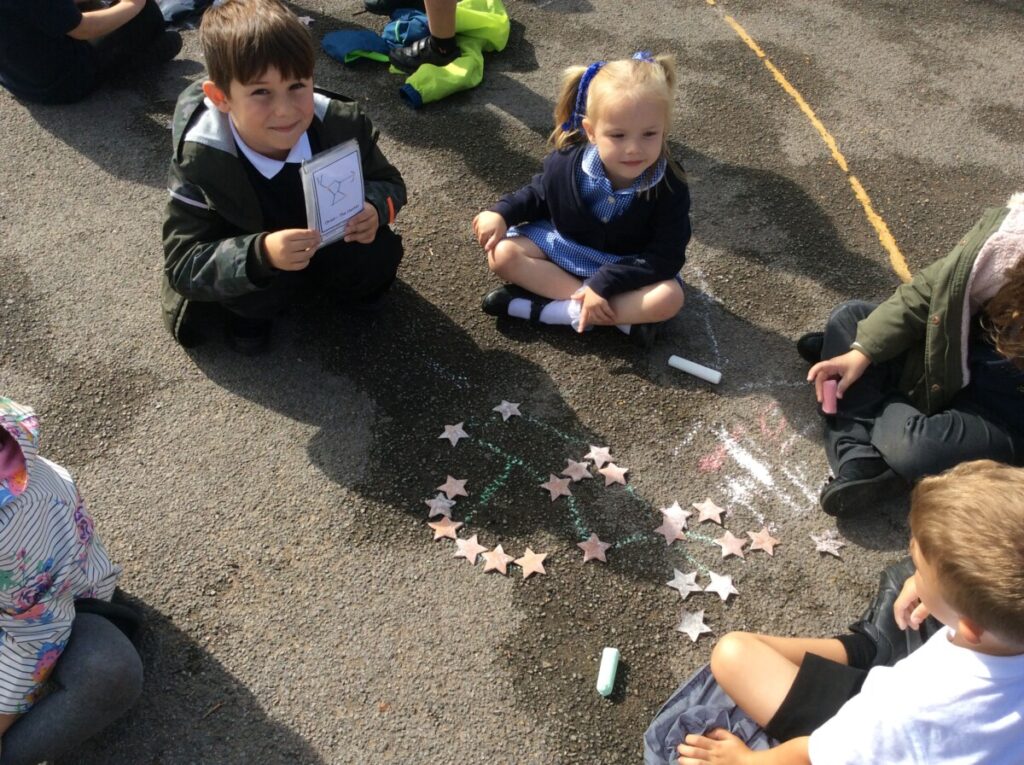 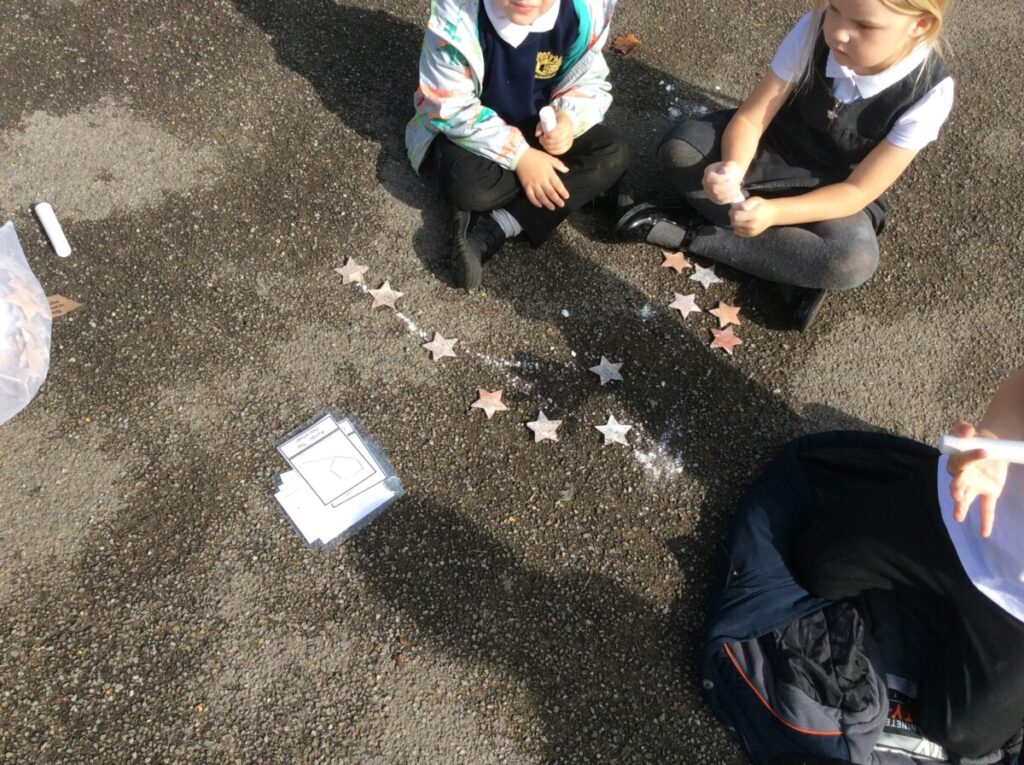 School website design by Ryedale Web Solutions
We use cookies on our website to give you the most relevant experience by remembering your preferences and repeat visits. By clicking “Accept All”, you consent to the use of ALL the cookies. Choose "Cookie Settings" to provide controlled consent.
Cookie SettingsAccept All
Manage consent

This website uses cookies to improve your experience while you navigate through the website. Out of these, the cookies that are categorized as necessary are stored on your browser as they are essential for the working of basic functionalities of the website. We also use third-party cookies that help us analyze and understand how you use this website. These cookies will be stored in your browser only with your consent. You also have the option to opt-out of these cookies. But opting out of some of these cookies may affect your browsing experience.
Necessary Always Enabled
Necessary cookies are absolutely essential for the website to function properly. These cookies ensure basic functionalities and security features of the website, anonymously.
Functional
Functional cookies help to perform certain functionalities like sharing the content of the website on social media platforms, collect feedbacks, and other third-party features.
Performance
Performance cookies are used to understand and analyze the key performance indexes of the website which helps in delivering a better user experience for the visitors.
Analytics
Analytical cookies are used to understand how visitors interact with the website. These cookies help provide information on metrics the number of visitors, bounce rate, traffic source, etc.
Advertisement
Advertisement cookies are used to provide visitors with relevant ads and marketing campaigns. These cookies track visitors across websites and collect information to provide customized ads.
Others
Other uncategorized cookies are those that are being analyzed and have not been classified into a category as yet.
SAVE & ACCEPT
Powered by